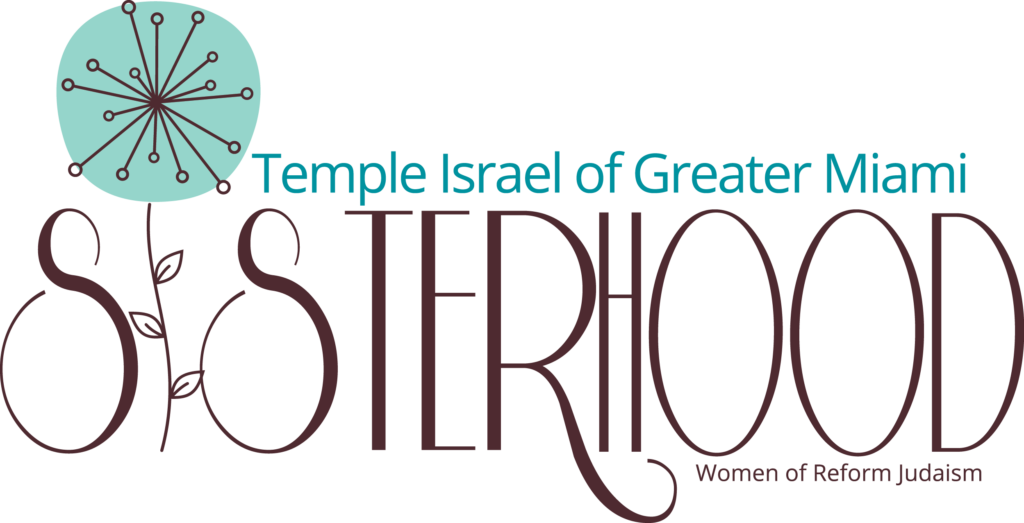 Temple Israel’s Sisterhood is dedicated to a wide variety of religious, educational, social, philanthropic, and advocacy efforts. We are an outlet for the vibrant energy, creativity, and passion of Reform Jewish women, a social hub of Reform Jewish life, and an integral part of our congregation. Would you like to join us? Please contact either of us.
Donna Seldes and Wendy Saltzburg
Temple Israel Sisterhood Co-Presidents

At noon on the First Monday of each month, we get together to review and discuss a wide assortment of books including novels, biographies, memoirs, and non-fiction. Everyone is welcome -- please join us for a special experience. Although this is a Sisterhood event, men are welcome and encouraged to attend. We are now meeting via Zoom until such time as we can all get together again.

January 3rd Selection:
How the Word is Passed: A Reckoning with the History of Slavery Across America by Clint Smith

Named a Best Book of 2021 by The New York Times, The Washington Post, Smithsonian, Esquire and the New York Public Library
Longlisted for the National Book Award

Beginning in his hometown of New Orleans, Clint Smith leads the reader on an unforgettable tour of monuments and landmarks—those that are honest about the past and those that are not—that offer an intergenerational story of how slavery has been central in shaping our nation’s collective history, and ourselves.

A deeply researched and transporting exploration of the legacy of slavery and its imprint on centuries of American history, How the Word Is Passed illustrates how some of our country’s most essential stories are hidden in plain view—whether in places we might drive by on our way to work, holidays such as Juneteenth, or entire neighborhoods like downtown Manhattan, where the brutal history of the trade in enslaved men, women, and children has been deeply imprinted.

Informed by scholarship and brought to life by the story of people living today, Smith’s debut work of nonfiction is a landmark of reflection and insight that offers a new understanding of the hopeful role that memory and history can play in making sense of our country and how it has come to be.

February 7th Selection:
The Warmth of Other Suns: The Epic Story of America's Great Migration  by Isabel Wilkerson
NATIONAL BOOK CRITICS CIRCLE AWARD WINNER • NAMED ONE OF TIME’S TEN BEST NONFICTION BOOKS OF THE DECADE
In this beautifully written masterwork, Pulitzer Prize–winning author Isabel Wilkerson chronicles one of the great untold stories of American history: the decades-long migration of black citizens who fled the South for northern and western cities, in search of a better life. From 1915 to 1970, this exodus of almost six million people changed the face of America. Wilkerson compares this epic migration to the migrations of other peoples in history. She interviewed more than a thousand people, and gained access to new data and official records, to write this definitive and vividly dramatic account of how these American journeys unfolded, altering our cities, our country, and ourselves.
With stunning historical detail, Wilkerson tells this story through the lives of three unique individuals: Ida Mae Gladney, who in 1937 left sharecropping and prejudice in Mississippi for Chicago; sharp and quick-tempered George Starling, who in 1945 fled Florida for Harlem; and Robert Foster, who left Louisiana in 1953 to pursue a medical career.

Wilkerson brilliantly captures their first treacherous and exhausting cross-country trips by car and train and their new lives in colonies that grew into ghettos, as well as how they changed these cities with southern food, faith, and culture and improved them with discipline, drive, and hard work. Both a riveting microcosm and a major assessment, The Warmth of Other Suns is a bold, remarkable, and riveting work, a superb account of an “unrecognized immigration” within our own land.
March 7th Selection:
The Last Kings of Shanghai: The Rival Jewish Dynasties That Helped Create Modern China   by Jonathan Kaufman
An epic, multigenerational story of two rival dynasties who flourished in Shanghai and Hong Kong as twentieth-century China surged into the modern era, from the Pulitzer Prize-winning journalist.
By the 1930s, the Sassoons had been doing business in China for a century, rivaled in wealth and influence by only one other dynasty--the Kadoories. These two Jewish families, both originally from Baghdad, stood astride Chinese business and politics for more than 175 years, profiting from the Opium Wars; surviving Japanese occupation; courting Chiang Kai-shek; and losing nearly everything as the Communists swept into power. In The Last Kings of Shanghai, Jonathan Kaufman tells the remarkable history of how these families participated in an economic boom that opened China to the world, but remained blind to the country's deep inequality and to the political turmoil at their doorsteps. In a story stretching from Baghdad to Hong Kong to Shanghai to London, Kaufman enters the lives and minds of these ambitious men and women to forge a tale of opium smuggling, family rivalry, political intrigue, and survival.

The book lays bare the moral compromises of the Kadoories and the Sassoons--and their exceptional foresight, success, and generosity. At the height of World War II, they joined together to rescue and protect eighteen thousand Jewish refugees fleeing Nazism. Though their stay in China started out as a business opportunity, the country became a home they were reluctant to leave, even on the eve of revolution. The lavish buildings they built and the booming businesses they nurtured continue to define Shanghai and Hong Kong to this day. As the United States confronts China's rise, and China grapples with the pressures of breakneck modernization and global power, the long-hidden odysseys of the Sassoons and the Kadoories hold a key to understanding the present moment.

If you are interested in attending our virtual meetings, contact Ellen Rosichan at This email address is being protected from spambots. You need JavaScript enabled to view it. so she can send you an invitation to attend the Zoom meeting.